PODCAST-On May 25, 2018, Indiana middle school teacher Jason Seaman tackled a student who had asked to be excused from class at Noblesville Middle School West, then returned with two handguns and opened fire. Seaman, who was wounded by gunfire and per accounts appears to be on his way to a “full” recovery and was released from the hospital shortly after the shooting.

DIRECT LINK to MP3 of this Episode:  https://tinyurl.com/SDP73

Jason Seaman is a hero. He arguably meets three of the four criteria set forth in the Merriam-Webster dictionary of: (1) an illustrious warrior; (2) a person admired for achievements and noble qualities; and (3) one who shows great courage. He put his life before those of his students and exercised discretion to engage the shooter as he deemed that he had an opportunity to either interrupt or terminate this situation. In this instance, his decision ended a potential rampage.

While Mr. Seaman’s actions appear justified and validated by the outcome, they do, never-the-less, go against the frequently-recited school safety directive of “Run-Hide-Fight.” There are now two approaches to school safety in the United States. The first, and the one fueled by emotion over empiricism, is to fortify or fight the intruder. The second camp focuses on improving threat detection and threat reporting and lockdown drills that center getting behind a locked a door or concealing into the environment. Most school shootings conclude by 8-minutes after onset. It is also uncommon for the school shooter to blast his way into a locked interior room – instead opting to find an unlocked door or individuals in an open area.

A decade ago, few schools would have practiced or openly endorsed an unarmed adult confronting an armed gunman. The protocol was for the adult to bring students into a secured area and wait for the police to enter the building and neutralize or the shooter (or the shooter to take his own life). We also tend to operate too much on the sole shooter scenario – just saying. So, Jason Seaman tackles a school shooter and the argument for “arming teachers” and “swarming an intruder” receive a boost of “this is the right approach” and although it “worked” in this specific situation, is this an approach that will become the expectation for educators?

APOTHEOSIS – POP CULTURE IS ALL ABOUT THE HERO

I want to preface this by stating I am not throwing shade onto Mr. Seaman. My oldest daughter is in middle school and I would be indebted to someone that intervened to try to save her life. Of no doing of his own, Jason Seaman has been raised to the level of a deity (AKA, apotheosis). Seaman was given a new car; he’s received countless awards and will be a parade marshal. No doubt that a book deal and perhaps a movie will follow. He’s famous. Everything that has and is happening with Mr. Seaman creates society’s image for today’s teacher. Society loves the hero – Batman, The Incredibles, Avengers, Captain America, etc. Just check the listings at your local box office.

THE LASTING EFFECT OF THE TACKLE

Undoubtedly, more school districts will embrace an aggressive response to a school shooter. This will transfer into school safety trainings, which are already para-military in their design.

DIRECT CAUSE vs. ROOT CAUSE

Mr. Seaman addressed a direct cause. The root cause of why this student brought handguns to school and fired upon others – the root cause of why this wasn’t detected and then reported, will be countered with, “Does it really matter? The teacher took out the bad guy.” I conducted a search in Google Scholar with the terms “School Threat” + “Reporting”. Sadly, it returned only 14 results. 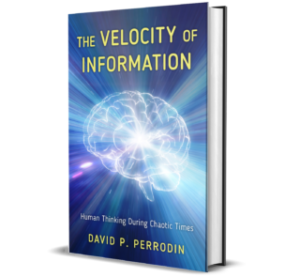 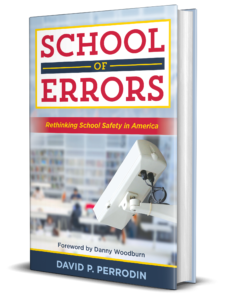